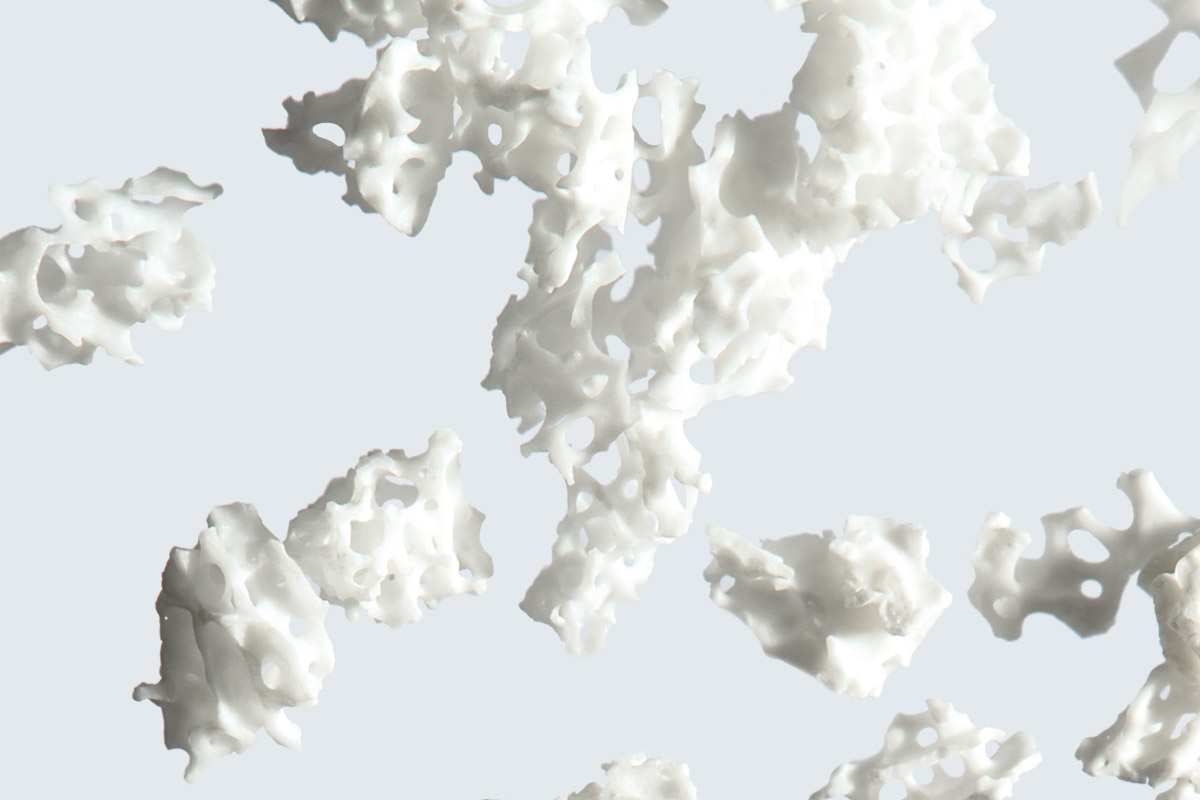 Aging is associated with a functional decline in tissue homeostasis and tissue repair. Aging is also associated with an increased incidence of osteopenia and osteoporosis, but whether these low bone mass diseases are a risk factor for delayed bone healing still remains controversial

Low bone mass diseases including osteopenia/osteoporosis decrease bone quantity, which in turn impacts bone quality. An osteoporotic skeleton is characterized by a decrease in bone volume and bone mineral density, making the skeleton more fragile and therefore prone to fracture.

Osteoporosis is also associated with an increase in marrow adipogenesis, commensurate with a loss in osteoblastogenesis.

Whether osteopenia/osteoporosis is a risk factor for delayed bone healing, however, is unclear. For example, rats subjected to an ovariectomy (OVX), which reliably produces an osteoporotic phenotype, exhibit slower healing of tooth extraction sockets compared to age-matched non-OVX rats.

Rodent models of long bone fractures also exhibit slower healing. The objective of this study was to assess how an osteopenic/osteoporotic phenotype affected the rate of new alveolar bone formation.

Using an ovariectomized (OVX) rat model, the rates of tooth extraction socket and osteotomy healing were compared with age-matched controls. Imaging, along with molecular, cellular, and histologic analyses, demonstrated that OVX produced an overt osteoporotic phenotype in long bones, but only a subtle phenotype in alveolar bone.

Nonetheless, the OVX group demonstrated significantly slower alveolar bone healing in both the extraction socket and in the osteotomy produced in a healed extraction site.

As we age, molecular and cellular damage accrues and coupled with the loss of tissue-specific progenitor cells, a functional decline in tissue homeostasis ensues.

In an experimental setting, one can remove the aging variable from investigation. Here, we achieved this by producing an osteoporotic phenotype in young rats, then compared their rate of bone repair against a group of age-matched young rats.

This allowed us to effectively test whether low bone mass conditions directly impacted the rate of alveolar bone healing without the confounding variable of chronologic age.

Most notably, osteotomy site preparation created a dramatically wider zone of dying and dead osteocytes in the OVX group, which was coupled with more extensive bone remodeling and a delay in the differentiation of osteoblasts.

Collectively, these analyses demonstrate that the emergence of an osteoporotic phenotype delays new alveolar bone formation.