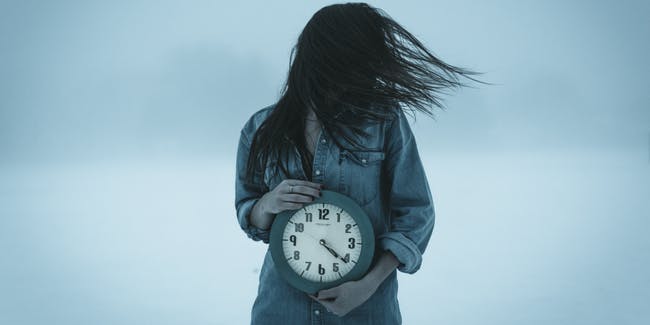 Researchers have linked circadian health to the risk of diabetes, cardiovascular disease, and neurodegeneration. It’s also known that the timing of meals and medicines can influence how they are metabolized.

Body’s internal clock, the circadian rhythm regulates an enormous variety of processes: when you sleep and wake, when you’re hungry, when you’re most productive. Given its palpable effect on so much of our lives, it’s not surprising that it has an enormous impact on our health as well.

The ability to measure one’s internal clock is vital to improving health and personalizing medicine. It could be used to predict who is at risk for disease and track recovery from injuries. It can also be used to time the delivery of chemotherapy and blood pressure and other drugs so that they have the optimum effect at lower doses, minimizing the risk of side effects.

However, reading one’s internal clock precisely enough remains a major challenge in sleep and circadian health. The current approach requires taking hourly samples of blood melatonin the hormone that controls sleep during day and night, which is expensive and extremely burdensome for the patient. This makes it impossible to incorporate into routine clinical evaluations.

Listening to the Music of Cells

The circadian rhythm is present in every single cell of your body, guided by the central clock that resides in the suprachiasmatic nucleus region of the brain. Like the secondary clocks in an old factory, these so-called “peripheral” clocks are synchronized to the master clock in your brain, but also tick forward on their own even in Petri dishes.

To achieve our goals, TimeSignature had to be easy highly accurate, and most importantly robust. That is, it should provide just as accurate a measure of your intrinsic physiological time regardless of whether you’d gotten a good night’s sleep, recently returned from an overseas vacation, or were up all night with a new baby.

Surprisingly, not all the TimeSignature genes are part of the known “core clock” circuit many of them are genes for other biological functions, such as your immune system, that is driven by the clock to fluctuate over the day.

Based on the training data, TimeSignature was able to “learn” how different patterns of gene activity correlate with different times of the day. Having learned those patterns, TimeSignature can then analyze the activity of these genes in combination to work out the time that your body thinks it is.

Previously, there was no clinically feasible way to measure this, but TimeSignature makes it possible for your doctor to do a simple blood test, analyze the activity of 41 genes, and recommend the time that would give you the most effective benefits.

They also know that circadian misalignment when your body’s clock is out of sync with the external time is a treatable risk factor for cognitive decline; with TimeSignature, we could predict who is at risk, and potentially intervene to align their clocks.