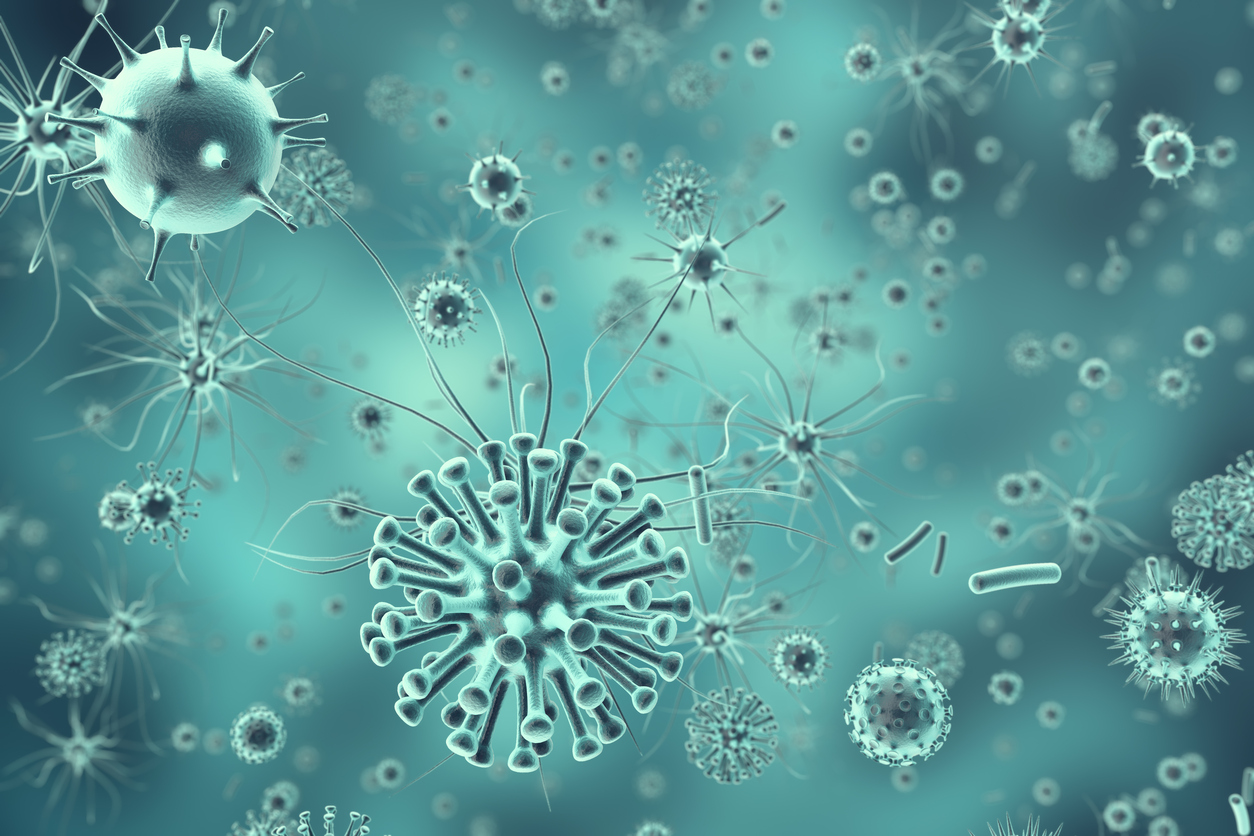 The study used a novel technique to examine the presence of DVGs on a cell-by-cell basis to show that DVG-enriched cells had strategies to survive in the face of an immune-system attack. Their study was published in Nature Communications.

Carolina B. López, an associate professor of microbiology and immunology with his team focus on DVGs. These partial viral genomes are produced in infected cells when a virus begins to replicate rapidly, leading to defective versions of it that contain large deletions. DVGs are increasingly believed to be important components of viral infections.

In the current work, López's team used a sophisticated technique that allowed them to differentiate full-length genomes from the partial genomes of DVGs at the single-cell level. They studied cells in culture infected with the Sendai virus, or with RSV, a virus that often affects infants and can lead to chronic respiratory problems,

Labeling the full-length genomes in red and the partial DVGs in green, the researchers found differences from cell to cell. Some cells had hardly any DVGs, while others were highly enriched with DVGs, with only a small number of full-length genomes.

To dig deeper into how the DVGs were influencing the course of infection, the researchers infected cells either with a version of the Sendai virus that lacked DVGs or one enriched in DVGs. The results were similar in parallel experiments with RSV, suggesting that the pro-survival role of DVGs held across viral types.

The researchers next were curious to know what molecular pathways might enable the DVG-rich cells to avoid apoptosis. An analysis of highly-expressed genes in DVG-enriched cells compared to the cells with full-length viral genomes revealed that a host of pro-survival genes was activated in the DVG-rich cells.

Notably, these genes encoded signaling proteins of the TNF pathway, known to both boost immunity and cell survival, and IFN, known to play a role in antiviral immunity.

A final set of experiments elucidated the mechanism by which a subset of DVG-enriched cells persisted during viral infection. Researchers found that signaling through the proteins MAVS and TNF receptor 2 protects infected cells from apoptosis that is otherwise triggered by TNFα. The results, though limited to in vitro studies in the current report, point to a way that DVGs could enable "acute" viral infections to linger.

López hopes to build on these findings to be sure they hold in vivo. She's also curious to learn more about the dual roles of TNF, which may help explain why the use of TNF-targeted therapies has not always turned out as expected.

"I want to see if there's a way we can harness this pathway to minimize and avoid the persistence of these viruses, which is really relevant if we think about the chronic diseases associated with some of these respiratory viruses," López said.