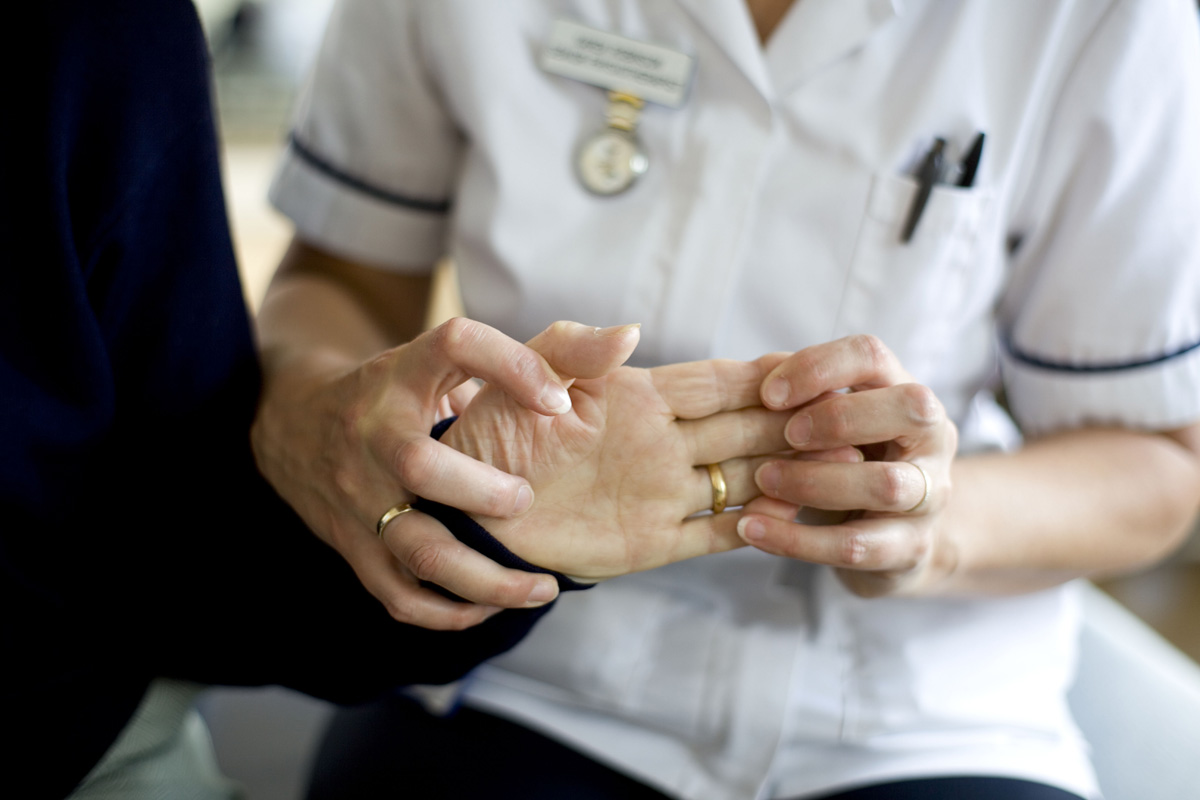 Noting the rising costs and increasing access barriers in rheumatologic care, specialists encouraged lawmakers to support legislation that would create reasonable exceptions to the use of step therapy, grow the rheumatology workforce, increase transparency in drug pricing, and hold pharmacy benefit managers accountable for pricing practices that increase out-of-pocket costs for patients.

"We are at a critical juncture in rheumatology care," said David Daikh, MD, Ph.D., President of the ACR. "According to the latest federal estimates, as many as 54 million Americans have a doctor-diagnosed rheumatic disease, and a recent academic study suggests that number could be as high as 91 million when taking into account symptoms reported by undiagnosed individuals.

"The rheumatology workforce is not growing fast enough to keep up with demand and too many of our patients struggle to access and afford the breakthrough therapies they need to manage their pain and avoid long-term disability. America's rheumatologists are urging our lawmakers to act now and support bipartisan, common-sense legislation that would increase access to high-quality rheumatology care for their constituents."

Legislation to address access and cost barriers in rheumatologic care

1. Restoring the Patient's Voice Act (H.R. 2077), bipartisan legislation which would create a clear and transparent process for patients with employer-sponsored insurance to seek exceptions to step therapy;

2. Know the Lowest Price Act of 2018 (S. 2553) and the Patient Right to Know Drug Prices Act (S. 2554), bipartisan legislation which would allow pharmacists to inform patients when the cash price of their medicines is lower than the price they would pay with insurance coverage;

5. Conrad State 30 and Physician Access Act (H.R. 2141, S.898), bipartisan legislation which would allow international doctors trained in the U.S. to remain in the country if they practice in underserved areas; and

6. Standardizing Electronic Prior Authorization for Safe Prescribing Act of 2018 (H.R. 4841), bipartisan legislation which would require the Centers for Medicare and Medicaid Services to develop electronic prior authorization standards for Medicare Part D and Medicare Advantage plans.

Rheumatology leaders also advised members of the House and Senate Appropriations Subcommittees on Defense to establish a line item in the Congressionally Designated Medical Research Program (CDMRP) for arthritis at the Department of Defense using $20 million in existing funds.

Such a program would meet the growing needs of active duty military personnel and veterans, a disproportionate number of whom live with osteoarthritis and other rheumatic diseases.