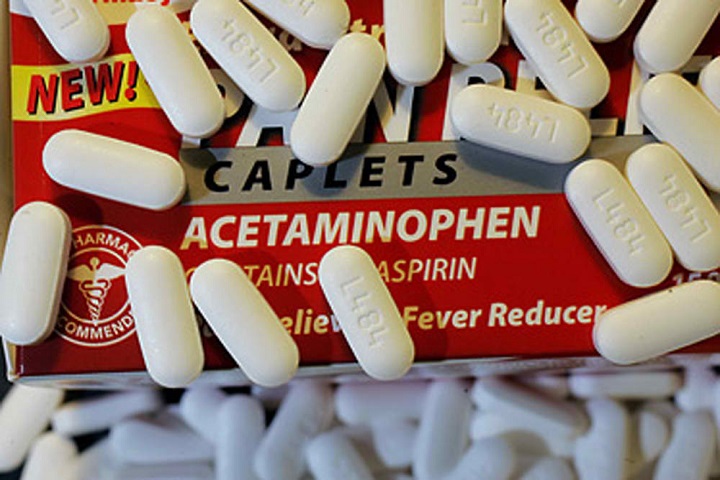 Acetaminophen (paracetamol) use has been linked with a depletion of sulfated sex hormones in a large metabolomic study, and the findings suggest that fetal exposure to the drug could even be linked with risk of male urogenital malformation at birth. The study was published in the journal of EBioMedicine.

Acetaminophen has been used for over 50 years, and more than half of women take it for pain relief while pregnant, but recent data, including animal-model and human-epidemiologic studies, suggest it may have some unexpected side effects.

"The current work identifies depletion of sulfated sex hormones as a potential mechanism" for genital malformation at birth in boys, say Isaac V Cohen, a PharmD candidate at the University California, San Diego.

"The surprising thing that we observed in people who were taking acetaminophen (paracetamol) was that all of them had a peculiar profile in hormone metabolites," explained senior author Amalio Telenti, from J Craig Venter  Institute, in La Jolla, California.

The researchers speculated that they might find liver dysfunction with large doses of acetaminophen, "because that is normal toxicity," but surprisingly they found that acetaminophen was associated with changes in certain hormonal metabolites.

Nevertheless, given "epidemiologists are concerned that the people with animal models are concerned, and now we have data saying [acetaminophen] does modify some of the hormones," Telenti said, "I would try to be cautious until we understand better."

Acetaminophen has also falsely elevated continuous glucose monitor readings by a large margin in some patients with diabetes, which is a cause for concern as these devices are increasingly being adopted.

In the new study, Cohen and colleagues enrolled 455 active adults age 18 years and older and performed an analysis of more than 700 metabolites in 208 participants to establish a metabolomic profile. They then tested the training model in the other 247 participants.

They found that 19 of the 208 participants were likely taking acetaminophen based on the presence of acetaminophen and its seven metabolites, and this use affected a unique subset of sulfated sex hormones.

The model was validated in 1880 individuals of European ancestry in the TwinsUK cohort and 1235 individuals of African American and Hispanic ancestry from the Insulin Resistance Atherosclerosis Study.

"Overall, our analysis of 3570 individuals (including training test, Europeans, African Americans, and Hispanic participants) confirm the generalizable effect of acetaminophen use on sulfated sex hormone levels across human populations," they write.

"Individuals who took acetaminophen," they note, "had very low levels of neurosteroids such as pregnenolone sulfate and DHEAS [dehydroepiandrosterone], a mechanism that could synergize with acetaminophen's known mode of action in the central nervous system that implicates the COX [cyclooxygenase], vanilloid, and endocannabinoid systems."

Moreover, "the current work showcases the use of pharmacometabolomics to identify unexpected effects of a commonly used drug, acetaminophen, on hormone metabolism," according to the researchers. "Closer scrutiny of this commonly used medication is warranted," they add.