About 40% of Rohingya Children Are Stunted, New Report 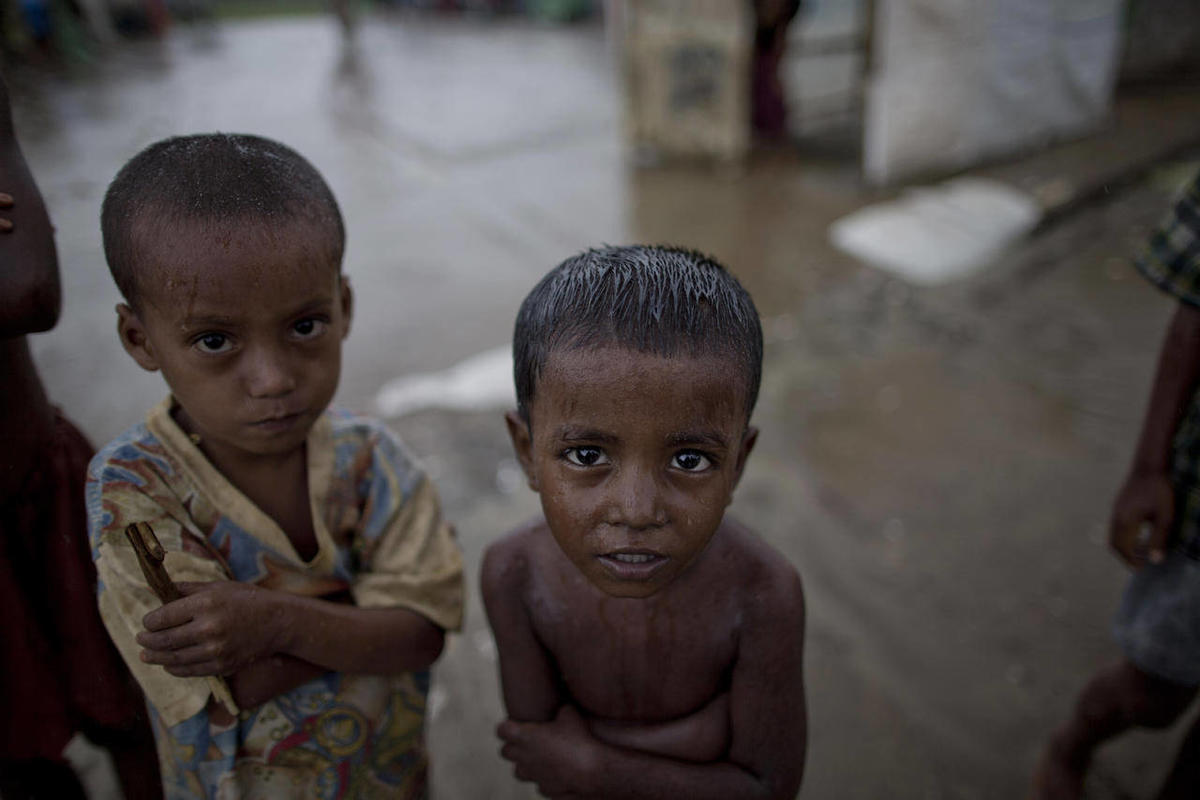 Humanitarian agencies supporting Rohingya refugees who fled to Bangladesh are making progress in improving children's health—but the situation remains critical, a new assessment by nutrition experts, including Save the Children, reveals.

The study, which compares health data in the refugee camps in Cox’s Bazar from October 2017 to May 2018, reveals that while stunting rates have dropped from 44% to 38% in the main camp, this is still near the World Health Organisation's (WHO) critical health emergency threshold of 40%.

Meanwhile, acute malnutrition rates have dropped from 19% to 12% in the main camp, rates of anaemia have dropped byone third (from 48% to 32%), and there has been a sharp reduction in the number of child deaths and rates of diarrhoea.

Save the Children nutrition expert Caroline Chiedo warned that despite the improvement, the health situation for Rohingya refugee children remains dire. “While it’s promising to see a reduction in the number of children suffering from malnutrition and stunting, we’re still at or very close to the emergency thresholds set out by the World Health Organisation,” Ms Chiedo said.

“Stunting—which is caused by poor nutrition, repeated infection, and a lack of psychosocial stimulation in the first years of a child's life—is linked to terrible long-term outcomes for children, including impaired intellectual development. The situation is still on a knife edge, particularly as we’re at the start of the monsoon season, bringing a heightened risk of an outbreak of disease.”

This news comes on the back of three days of intense rains and powerful winds in Cox’s Bazar, which have caused over 3,500 landslides, and left over 2,000 shelters damaged or destroyed. Tragically, a three-year-old Rohingya refugee boy lost his life in one of these landslides recently.

“Over the past three days, the situation in the camps has gone from bad to worse. Whole tracts of camps have been inundated with water, with hundreds of people being forced to move to temporary shelters. Roads have been cut off, with response teams forced to walk through the mud to continue providing critical services, like running nutrition centres. It’s shocking to see how quickly the situation has deteriorated,” said Daphnee Cook.

“Along with landslides and floods, children are particularly vulnerable to diseases like serious respiratory infections and diarrhoea. Malnourished children are much more likely to die if they contract diarrhoea, sometimes within days. Knowing that the nutrition situation for Rohingya refugee children, while seeing some improvements, is still at a critical stage, underlines the need for support to children to be ramped up.”