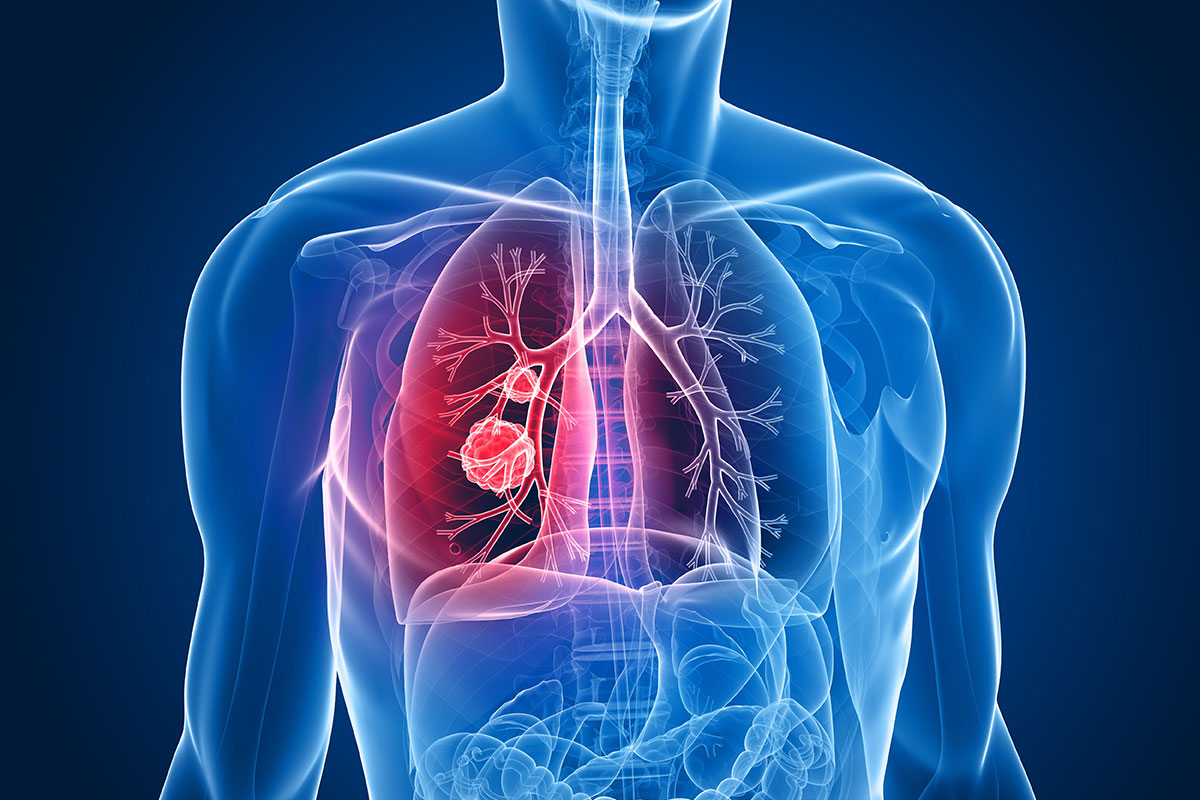 Researchers at the Helmholtz Zentrum München, in collaboration with the German Center for Lung Research (DZL), have discovered a novel mechanism that causes pleural effusion in patients with lung cancer. The study findings were published in Nature Communications.

Lung cancer patients are particularly susceptible to malignant pleural effusion (MPE), which involves a build-up of excess fluid in the pleural cavity, the area between the lungs and the chest wall, with accompanying malignant cells. The lung is surrounded by fluid, which can cause shortness of breath and chest pain, for example, and may even prove fatal.

"The cause is still not fully understood, which makes the search for suitable therapies more difficult," explains Professor Georgios Stathopoulos, research group leader at the Institute of Lung Biology (ILBD) and the Comprehensive Pneumology Center (CPC) at Helmholtz Zentrum München. "However, we've now made significant progress in that direction."

In their recent work, the team built on findings which they had also published in Nature Communications in May 2017. "At the time, we were able to show that pleural effusion is triggered by cancer cells with a malignant mutation in the KRAS gene," says lead author Dr. Antonia Marazioti, scientist at the Molecular Respiratory Carcinogenesis Research Group in the medical department of the University of Patras.

The authors have now been able to expand on this knowledge. "Our experiments show that inflammatory messengers of the immune system − notably interleukin-1β  − activate a signaling pathway in mutated cancer cells, which in the long term can lead to pleural effusion," Stathopoulos explains.

The molecule IKKα plays a key role in the signaling pathway in that it, in turn, releases other messengers (CXCL1), resulting in a strong inflammatory response. "Consequently, those cells migrate to the pleural cavity via the spleen, where they cause effusion," explains the lung expert.

To determine whether the findings might prove relevant to future treatment strategies, the researchers suppressed the newly discovered signaling pathway in the experimental model from two sides. They used both an inhibitor of KRAS and an inhibitor of IKKα. "In fact, this dual strategy significantly reduced both the incidence and the progression of MPE," Stathopoulos reports. Resistance to a single treatment was also reduced.

"Nearly two thirds of all MPEs are the result of lung cancer. Given the large number of people who still smoke, appropriate therapies are urgently needed," Georgios Stathopoulos says. "Our findings suggest that drugs could become a therapeutic option for suppressing the mechanism we've discovered. We plan to investigate this line of enquiry in greater depth in the future and to further confirm the results in the translational approach with lung cancer patients in collaboration with the Asklepiosklinik in Gauting."?