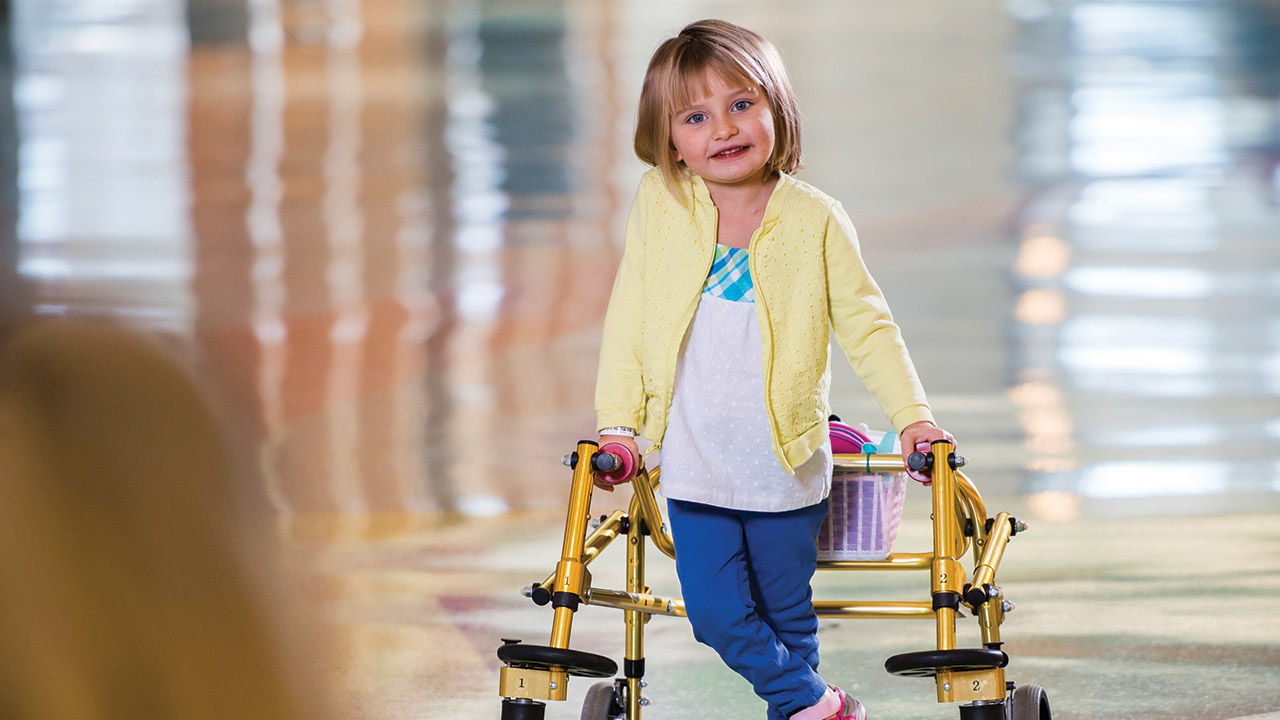 According to the preliminary study, researchers suggest that an investigational drug may help increase protein levels in babies with spinal muscular atrophy

The open-label study is released today and will be presented at the American Academy of Neurology's 70th Annual Meeting in Los Angeles, April 21 to 27, 2018.

Spinal muscular atrophy (SMA) is an inherited disease that leads to loss of motor function. It is the leading genetic cause of death in infants and toddlers. The disease is caused by reduced levels of the survival motor neuron (SMN) protein. In SMA, the SMN1 gene is mutated or missing. The backup SMN2 gene allows production of some of the necessary protein.

The new drug, called RG7916, is a liquid solution given orally once a day. It is designed to modulate the SMN2 gene splicing to increase SMN protein.

The study involved babies with type 1 spinal muscular atrophy who have two copies of the SMN2 gene. On average, these babies survive for 10.5 months before they die or need permanent breathing support.

The first phase of the study involved 21 babies who were three to seven months old at the start of the study. They were given the drug every day for four weeks at different dose levels.

Study results showed an increase of the SMN protein in the blood, with more significant increases for higher doses of the drug. For the highest dose, the levels were up to 6.5 times higher after four weeks of treatment compared to levels at the beginning of the study.

At the time of the analysis, 19 babies were alive. The two fatal events reported were disease-related and not considered related to the investigational drug. The average study duration for the 19 babies was four months with a range of one month to 13.5 months.

None of the 19 babies lost the ability to swallow, needed a tracheostomy for breathing or needed permanent breathing support during the study. There were no safety problems that required any babies to be removed from the study.

"These results are exciting, as children with SMA type 2, which is less severe than type 1, have approximately twice as much SMN protein as those with type 1. So to see an increase of up to 6.5 times the amount of protein is very encouraging and supports the possibility to see the improved function in these babies," said study author Giovanni Baranello, MD, Ph.D.

"This research is continuing, and much more needs to be done to determine whether this treatment will provide meaningful benefits for children with spinal muscular atrophy," the researcher added.