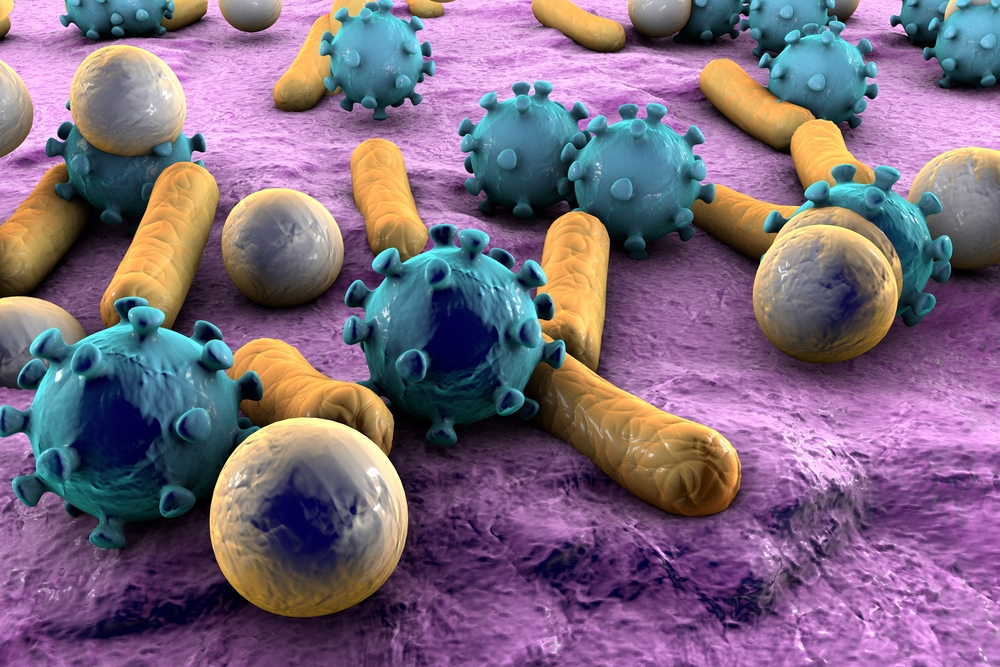 Researchers analyzed the development of a microgel scavenger that targets toxins instead of bacteria. Bacterial infections that target the intestine can cause conditions that range from uncomfortable to deadly. While it's easy to blame the bacteria, it's the toxins the bacteria produce that trigger inflammation, diarrhea, fever, and cramps.

Treatment strategies typically include indiscriminate antibiotics that slaughter health-promoting gut bacteria along with disease-causing microbes. The researchers will present their work today at the 255th National Meeting & Exposition of the American Chemical Society (ACS).

They want to develop a new therapy that is based on scavenging the toxins rather than killing both the good and bad bacteria," says Alexander Kuehne, Ph.D. "This way inflammation can be reduced while supporting the natural intestinal flora and holding the bad bacteria at bay."

About three decades ago, Kuehne said, scientists developed a particle that used electronic charge to bind toxins in the intestine. It made it to the clinical testing stage, he says, but had too many non-specific targets for further development. This idea was the basis, though, for Kuehne's team's current project.

"Our collaborators at the hospital see patients with severe bacterial infections daily," says Kuehne, who is based at the Leibniz Institute for Interactive Materials (Germany). They wanted to revisit the approach of toxin scavenging and develop an alternative to antibiotic treatment."

The researchers began investigating microgel particles to capture and remove toxins from the intestine. The microgels consist of a polyethylene glycol matrix produced with microfluidic technology. This method offers the opportunity to incorporate toxin-binding molecules directly into the microgel matrix.

As a test case, the researchers took steps toward developing a microgel that targets toxins from C. difficile, a species of bacteria that is difficult to eradicate and can be deadly. C. difficile can cause cramping, fever and, most often, watery diarrhea, which can lead to severe dehydration.

C. difficile produces several toxins that include the protein lectin, offering a target for microgel binding. Lectins include a region that binds to glycans, sugars that decorate the surface of cellular membranes. Kuehne's team incorporated a glycan motif into the microgels and tested whether lectin would stick to the microgel-bound sugars.

They saw that the lectin molecules are nicely taken up by the microgels. Now they have tested whether they can bind the real toxins. In future research, researcher team plans to incorporate molecules into the microgels that are known to degrade and inactivate the toxins.