A Bacterium Inhibits Predators with Poison, a Cyanide Defense Uncovered 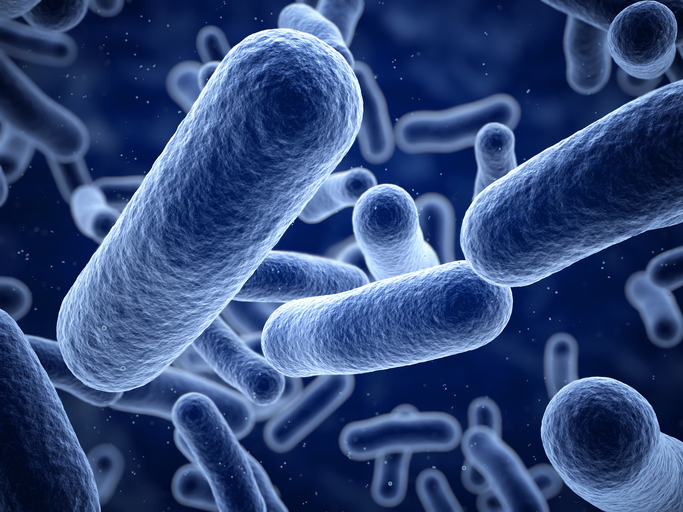 Microbiologists in South Korea reported that the bacterium Chromobacterium piscinae produces cyanide when under attack from Bdellovibrio bacteriovorus HD100, a microbial predator found in rivers and soils that ingests its prey from the inside out. The researchers found that the prey produced levels of cyanide high enough to inhibit, but not kill, the B. bacteriovorus HD100. The study was published in the mBio

Experiments showed that C. piscinae produced the protective cyanide in a nutrient-rich broth. In a medium devoid of nutrients, it did not produce the cyanide and was consumed. The researchers suspect that the bacteria likely use some ingredient in the broth to produce the cyanide. That observation implies that bacteria’s defenses may depend on location — and, more generally, that bacteria may harbor protective mechanisms that are triggered in some environments, but not in others.

Studying such mechanisms may lead scientists to better understand how some pathogenic bacteria protect themselves against antibiotics, says microbiologist and study leader Robert Mitchell. His lab at the Ulsan National Institute of Science and Technology, in South Korea, focuses on understanding how microbial prey protects themselves from predators. They are investigating how bacterial predators like B. bacteriovorus HD100 might be optimized as "living antibiotics" that can target bacterial pathogens.

The study suggests microbes may have means for resisting predation that only show up in certain environs. "Resistance may be present, but we're not finding it because we are not looking in the right conditions," he says. "This study is kind of like a warning. To understand how germs may resist treatment, we need to look at the actual conditions in the host." The study identified compounds in human blood that inhibit predation of infectious bacterial strains — like E. coli and Salmonella enterica — by B. bacteriovorus HD100.

When the researchers searched for clues for how C. piscinaeresists predation, Mitchell says they didn't expect to find cyanide. Their investigation began when, in earlier experiments, they noticed the bacterium survived attacks in nutrient-rich media. In a nutrient-poor environment, however, the predator ate the prey. Their first suspect was violacein, a metabolite produced by C. piscinae that is structurally similar to a compound they had previously linked to predatory inhibition. However, experiments showed it was not responsible.

"We had to scour the literature to find anything else we didn't know," Mitchell says. Ultimately, one of his students identified cyanide as the culprit. The researchers verified that C. piscinae produced large amounts of cyanide when cultured in nutrient-rich broth, and that those cultured in HEPES, a nutrient-poor buffer, did not. Further experiments confirmed that cyanide does inhibit the B. bacteriovorus HD100. The cyanide did not poison the C. piscinae. "Some of the data in our study suggests the prey bacteria can degrade it," Mitchell says.

The group now plans to look at how other predatory bacteria respond to cyanide, as well as other factors that can potentially inhibit or negatively impact predatory activity in microbes.