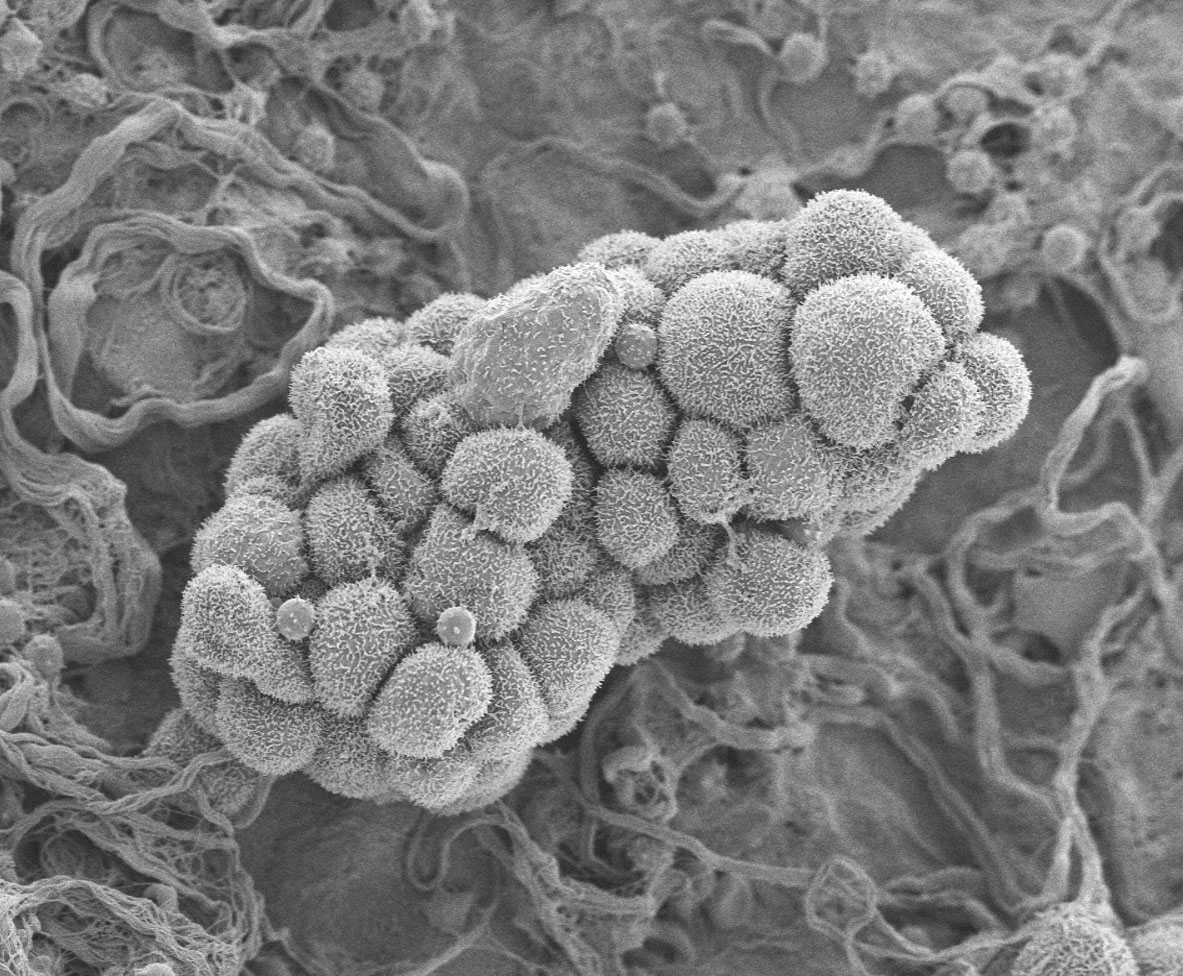 A 3D structure of chromatin plays a key role in genome function, including gene expression, DNA replication, chromosome segregation, and DNA repair. Furthermore, the location of genomic loci within the nucleus, especially relative to each other and nuclear structures such as the nuclear envelope and nuclear bodies strongly correlates with aspects of function such as gene expression.

Therefore, determining the 3D position of the 6 billion DNA base pairs in each of the 23 chromosomes inside the nucleus of a human cell is a central challenge of biology. Recent advances of super-resolution microscopy in principle enable the mapping of specific molecular features with nanometer precision inside cells.

Combined with highly specific, sensitive and multiplexed fluorescence labeling of DNA sequences this opens up the possibility of mapping the 3D path of the genome sequence in situ. To test our approach, they develop a method for the simulation of DNA in an idealized human nucleus. The primary nucleic acid sequence of the human genome is not sufficient to understand its functions and their regulation.

Fitting the 6 billion basepairs or approximately 2 m of double-helical DNA into an approximately ten μm radius nucleus requires tight packing of DNA into chromatin, where about 150 bp of DNA are wrapped around cylindrical nucleosome core particles, which in turn can be tightly packed due to interspersed flexible linker DNA.

Also, each chromosomal DNA molecule occupies a discrete 3D volume inside the nucleus, and the arrangement of these chromosome territories is non-random and changes with cell differentiation. Structural biology techniques, such as electron microscopy, crystallography, and NMR have given atomic-level insights into the physical structure of the DNA double helix and the nucleosome.

Recent developments in light microscopy techniques, collectively called super-resolution microscopy, can determine the position of single fluorescent molecules with a precision of a few nanometers, much below the diffraction barrier.  They have simulated chromosomal DNA molecules and used a challenging density in the simulated nucleus. However, our simulation is coarse-grained and does not at this time take into account some known properties of chromatin.

One important feature not considered is the known structural heterogeneity of chromatin packing of different genomic sequences, for example, eu- and heterochromatic domains or TADs. Super-resolution microscopy of thousands to millions of in situ genome sequence probes to provide accurate physical reconstructions of 3D chromatin structure at the chromosomal scale in single human cells.

The study shows that near complete resolution of a chromosome with 10 kb resolution can be achieved with realistic microscope resolution and fluorescent probe multiplexing parameters. Extensions to this method such as leveraging between nucleus consistency effects and using a likelihood-based scheme will allow even more sophisticated modeling of experimental error sources in the future.