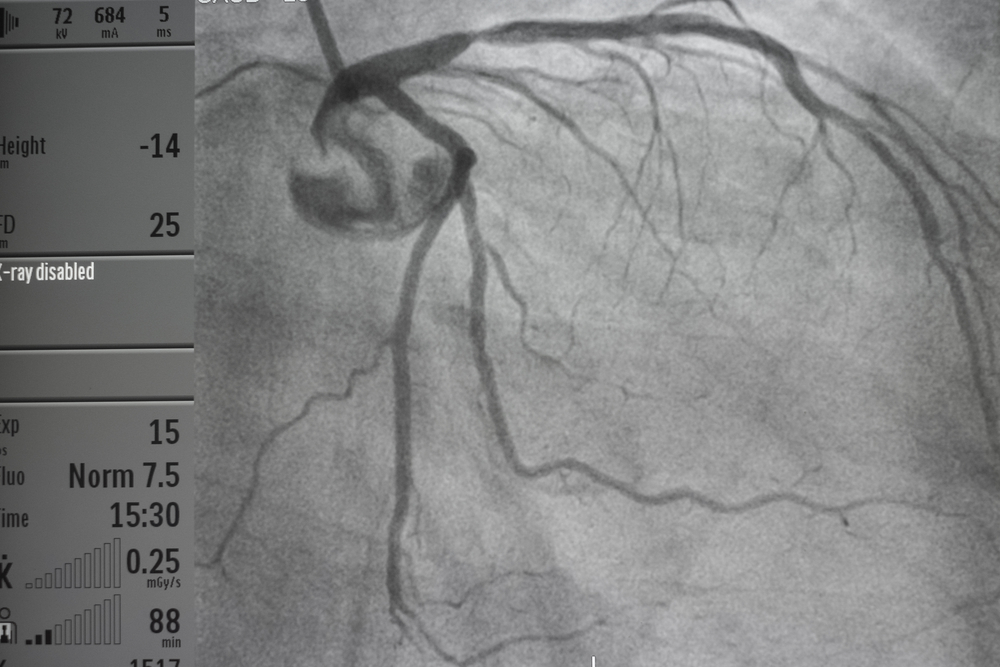 "The challenge we face with TEE is not that it's particularly hard— it's not, it's relatively straightforward to do, but sometimes you feel cheated by TEE," lead author, Dr Tom De Potter (OLV Hospital, Aalst, Belgium), told theheart.org | Medscape Cardiology.

The present study included 20 patients undergoing LAA occlusion using 3D rotational angiography and fluoroscopy. TEE was performed as a safety backup, but interventionalists were blinded to the results.

In 19 cases, transseptal puncture, device sizing, deployment, stability, and leak assessment were performed with 3D angiography and fluoroscopy alone. One case was aborted because of access problems due to extreme obesity. No procedures were unblinded to the TEE findings.

A retrospective analysis of the two imaging datasets revealed consistent sizing differences in maximum LAA ostial diameter, with a mean diameter of 21 mm with TEE vs 24.3 mm with 3D angiography (R2 =0.64; P<0.05).

Of special note, device release was never attempted in one patient because the LAA ostium proved too large for occlusion with even the largest device. In this patient, maximum ostial diameter by TEE was 27 mm, suggesting an anatomy suitable for implant.

Whereas 3D angiography identified the case as nonimplantable with a maximum diameter of 30.5 mm, as validated by device unsheathing and confirmation of inadequate stability.

"The 3D angio will universally give you a larger value ostial diameter as compared with TEE, which is an important takeaway message," De Potter said. "Because A, potentially TEE is wrong, which I can't prove but at least it's possible; and B, it's a potential explanation for why so many procedures end up with oversized devices because the TEE might be systematically undersizing the ostial diameter."

For patients, the potential for 3D angiography may also allow them to forego general anesthesia, which is typically used when TEE is performed.There were no safety issues during the procedure and no new symptoms reported at 6 weeks' follow-up.

Peridevice flow was detected in five patients on follow-up TEE, but these were "clinically irrelevant" and did not lead to a change in management, according to the researchers. No thrombus or device dislodgement was observed.

Still, De Potter cautioned against overinterpreting the data, noting that the sample size was small and the results achieved at a high-volume center that was highly experienced in 3D angiography.

So far, the team has used 3D angiography alongside TEE in more than 100 LAA occlusion cases without having to revert to TEE in any. A protocol for a larger, multicenter study is being devised to determine whether a workflow without direct TEE feedback is feasible, he said.